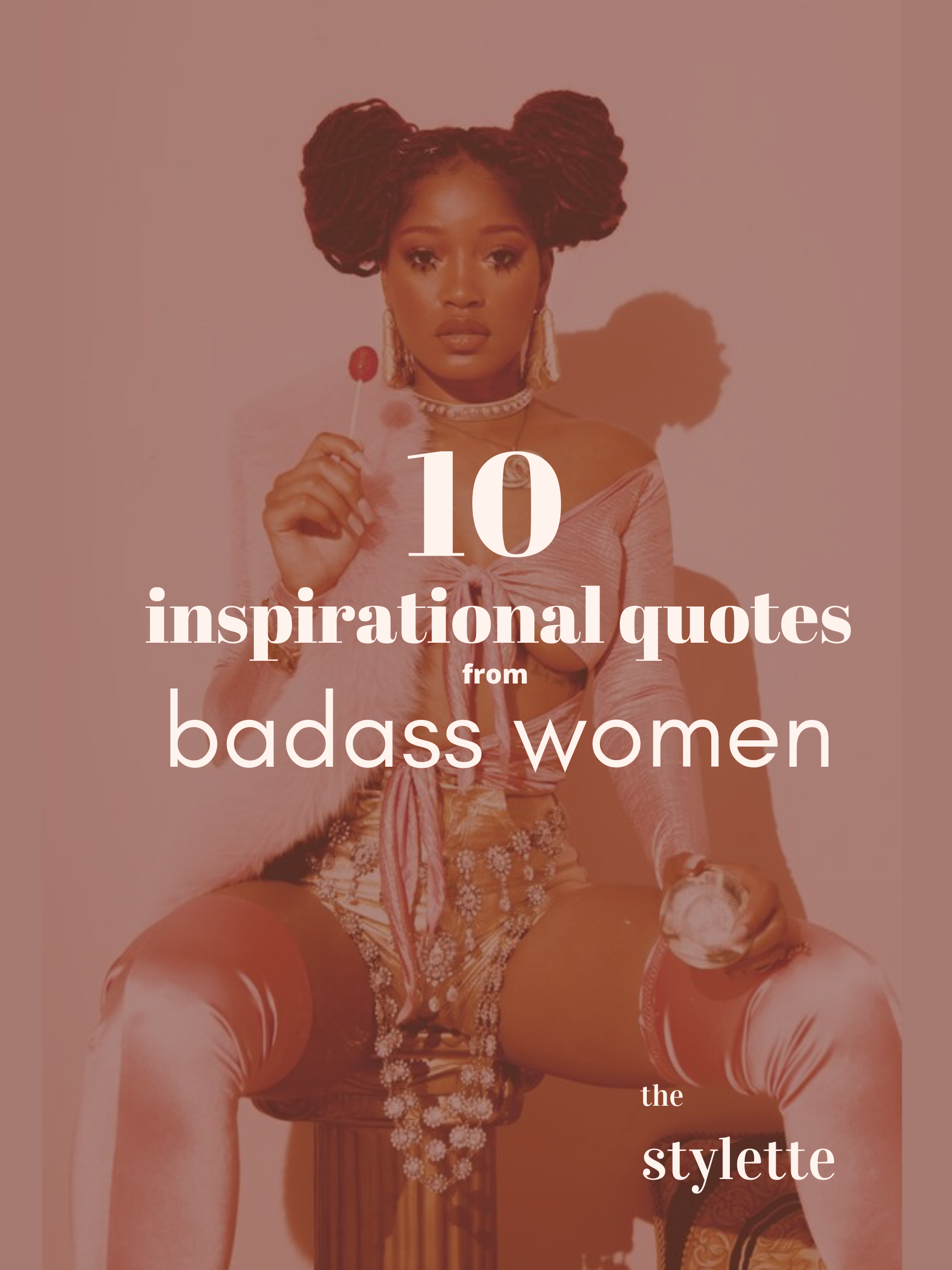 Get up girl! You’ve got a family to take care of, a business that needs to be ran, and a qorld that need conquering.

If that’s not motivation enough for you, we’ve got 10 inspirational quotes from the baddest women in the game.

Choose one to fuel your fire and choose with caution.

“Every time you state what you want or believe, you’re the first to hear it. It’s a message to both you and others about what you think is possible. Don’t put a ceiling on yourself.”
-Oprah Winfrey

“Think like a queen. A queen is not afraid to fail. Failure is another stepping-stone to greatness.”
— Oprah Winfrey

“Abandon anything about your life and habits that might be holding you back. Learn to create your own opportunities. Know that there is no finish line; fortune favors action. Race balls-out toward the extraordinary life that you’ve always dreamed of, or still haven’t had time to dream up. And prepare to have a hell of a lot of fun along the way.”
-Sophia Amoruso

“When the whole world is silent, even one voice becomes powerful.”
Malala Yousafzai

“We have to find new ways to work without permission, new ways to turn corners and go through doors that are closed off to us to create our own audiences and our own material independently.”
Ava Duvernay

“I realized if I didn’t love the woman I saw in the mirror then there was no way I was going to be successful.”
Ashley Graham

“Real happiness can’t find us if we aren’t truthful with ourselves and to ourselves.”
Keke Palmer

“No country can ever truly flourish if it stifles the potential of its women and deprives itself of the contributions of half its citizens.”
― Michelle Obama

“It makes me sad to hear girls constantly putting themselves down. We have these unbelievably high expectations of ourselves, when actually we’re human beings and our bodies have a function.”
― Emma Watson

“I love to see a young girl go out and grab the world by the lapels. Life’s a bitch. You’ve got to go out and kick ass.”
— Maya Angelou

“Of course I am not worried about intimidating men. The type of man who will be intimidated by me is exactly the type of man I have no interest in.”
― Chimamanda Ngozi Adichie

“I still get a little nervous when I have to FIRMLY stand up for myself. I STILL do it though…”

“Women have to work much harder to make it in this world. It really pisses me off that women don’t get the same opportunities as men do, or money for that matter. Because let’s face it, money gives men the power to run the show. It gives men the power to define our values and to define what’s sexy and what’s feminine, and that’s bullshit. At the end of the day, it’s not about equal rights, it’s about how we think. We have to reshape our own perception of how we view ourselves.”
— Beyoncé

“Do whatever you have to do. People always want to tell you how to do it. No, do it your way. And don’t ask for like oh how can you do it … do it, figure it out. I figured it out one way or another and I did it.”
— Cardi B.

Tori B. is the founder of The Stylette and Head Stylist of The Stylette Experience Co. Born and raised in Baltimore, MD the mom of 2 juggles building an empire and raising her 8-year-old son and 4-year-old daughter. She attended Stevenson University for Fashion Design and LIM for Fashion Merchandising and Marketing. Tori has been a style writer for WOE Magazine and has worked for companies like Kohls, H&M and Nordstrom. She believes that when you look good, you feel good, and ultimately perform better in every area of your life.

Routine Videos Inspire Me to Romanticize my Life